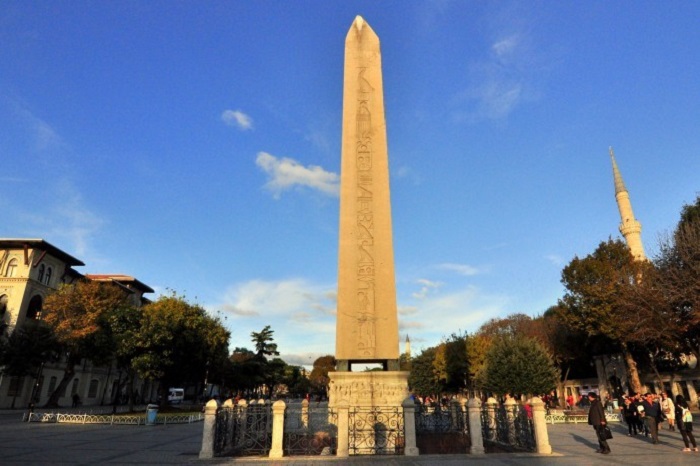 While many of the sites you’ll visit while in Istanbul will be related to religion, since this has played such a major role for the city, you’ll also find locations such as the Hippodrome Istanbul. Sometimes called the Hippodrome of Constantinople, this is one of the best ways to immerse yourself into the social and even sporting side of Istanbul’s history.

In this short guide, we’re going to teach you about the history of the Hippodrome, what it offers now, and why it’s worth your attention while in the city!

In the 21st century, not much of the original hippodrome structure survives…but this doesn’t mean it can’t provide a fantastic experience. If you were to search ‘Hippodrome of Constantinople’ into a search engine, you’d find stories of the glory days of the city and the great chariot races of the Byzantine period. However, its history actually predates the ‘imperial capital’.

The hippodrome was first built around 200 CE when the city was still called Byzantium. As the city was rebuilt by Emperor Septimium Severus, it was then introduced for all manners of entertainment. Just over 120 years later, Emperor Constantine the Great grew the city, upgraded the hippodrome, and the city became known as the City of Constantine (Constantinople).

As time passed in the Byzantine period, much of the social life revolved around the hippodrome not only for chariot races, although these played a huge role, but also for horse racing and various other events. With four teams taking part in each chariot race, each one would normally be backed by a political party in the city so the events had importance. For example, the Leukoi (Whites) and Prasinoi (Greens).

Monuments Of The Hippodrome

If you’re planning a visit to the Hippodrome during your time in Istanbul, one of the most fascinating aspects is the many monuments around the grounds. First and foremost, the Serpent Column was acquired alongside many other monuments in an attempt to raise the image and profile of the city.

Otherwise known as the Tripod of Plataea, this particular monument was originally located in Delphi (the Temple of Apollo) and was a celebration of the Greek victory over the Persians. Once moved, it took pride of place and has remained in the centre ever since.

As well as the Serpent Column, you’ll also come across the Walled Obelisk, the Obelisk of Thutmose III, and the Statues of Porphyrios.

What remains at the Hippodrome today? Before anything else, we should mention that official literature regarding Hippodrome Istanbul will refer to the location as Sultan Ahmet Square.

Although the all-important racetrack has been covered in paving, the paving around the actual track has been raised (by around two metres) so it’s easy to imagine the size of it all. As part of a landscaped garden, the aforementioned monuments have been placed into specific spaces too.

With a guided tour or an audio guide, you’ll learn all about how sultans and emperors would spend their days attempting to outdo one another in this social hub.

While you’re walking around, it’s worth looking out for the newer additions to Sultan Ahmet Square too. For example, the German Fountain (or the Kaiser Wilhelm) was gifted to the city by the Kaiser towards the end of the 19th century. On his second visit to the country, he was so impressed by the hospitality that this generous donation was made.

With a few hours at Hippodrome Istanbul, you won’t be disappointed. Thanks to the monuments, the old racetrack, and the stories you’re likely to learn of emperors and sultans, it’ll be a memory you won’t forget in a hurry!

Let us plan your Istanbul trip that includes a visit to the Hippodrome Istanbul. Visit Istanbul with Classic Turkey Tours.