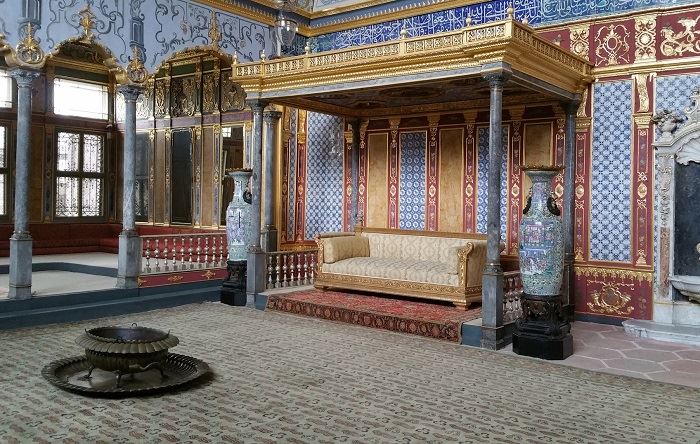 As the only city in the world that extends across two continents, Asia and Europe, it’s fair to say that Istanbul has history, culture, and tradition in abundance. For those who like history, architecture, dramatic scenery, and even learning, Topkapi Palace is one of the prime locations in Istanbul and it attracts around two million people every single year – this makes it one of the most-visited palaces in the world.

In this short guide, we’re going to uncover the history of the location, how it has survived throughout history, and what you can see now if you’re to visit in 2019.

Constructed in 1465 CE, there are certainly older buildings in the city, such as Hagia Sophia Museum, but this doesn’t mean it lacks story. For nearly four centuries, the palace lived up to its name and was home to Ottoman sultans. Not only did it provide residence for leaders of the Empire, it also became somewhat of a headquarters for administrative tasks.

Why was the palace so important to the city? Well, it was originally given the name ‘New Palace’ shortly after the fall of Constantinople to differentiate it from Beyazit Square’s Old Palace. In its early days, however, the building experienced a number of issues including a fire in the 17th century and an earthquake in the early 16th century. Soon enough, important figures from the Ottoman Empire would spend their time elsewhere and the palace would be used as a library and an imperial treasury.

Before moving on to the museum side of things, and its transformation in the early 20th century, we should first explain the design since the palace is split into four different courtyards. While it is the largest and once had a steep path down towards the sea, the First Courtyard no longer exists in its entirety; it does, however, still offer the former Imperial Mint, the Gate of Salutation, and the Byzantine church of Hagia Irene.

Elsewhere, the Second Courtyard offers chambers for the old Imperial Council, Imperial Treasury, Palace kitchens, and the collection of arms. The Third Courtyard has an Audience Chamber, Miniature and Portrait Gallery, Mosque of the Agas, Library of Ahmed, and Privy Chamber. Finally, the Fourth Courtyard was considered the private sanctuary for the closest friends and family members of the sultan. With this in mind, it holds various kiosks, terraces, and gardens.

As you can see, there’s plenty to explore at Topkapi Palace Istanbul and it’s easy to imagine the palace thriving during the height of the Ottoman Empire.

With a visit to Topkapi Palace, visitors can see a host of Chinese/Japanese porcelains, arms/weapons, European glasses and porcelains, Istanbul glassware, so-called Holy Relics, various sultan portraits, and more. As a museum, they also welcome exhibitions and have previously hosted events for Korean art, the treasures of China, and the 500th anniversary of Sacred Relics.

Open all week (except Tuesday), Topkapi Palace Istanbul is open between 09:00 and 16:45 in the winter and stays open for two hours longer during summer. If you plan to visit, we also recommend scanning the palace website since they explain various visiting rules; learning these will allow you to stay respectful while you tour the brilliant buildings (an audio guide is another option!). The website also explains which rooms and features are open, which are being restored, and which aren’t accessible to the public and this can prevent disappointment.

To immerse yourself into the history and culture of Istanbul, as well as the old Ottoman Empire, Topkapi Palace will allow you to create memories you’ll never forget!

Let us plan your Istanbul trip that includes a visit to the Topkapi Palace. Visit Istanbul with Classic Turkey Tours.

Choose From These Exciting Istanbul Tours